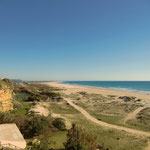 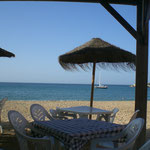 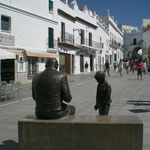 Conil de la Frontera is a former fishing village at the Costa de la Luz (Coast of Light) in the province of Cadiz.

In the course of the last twenty years the small location developed into a provincial town – with numerous shops, supermarkets, restaurants, cafés, clubs and hotels. But still Conil never lost of it´s lovely mediterean charm.


With it´s historic center, the traditional tuna fishing – that still is done through the old phoenician method- it´s flamenco festivals and two language schools, Conil is both traditional and cosmopolitan.Both language schools are animated, communicative, familial and still internationally orientated as among others there is a lively cultural exchange with Morocco (e.g. music festivals). 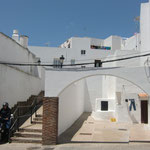 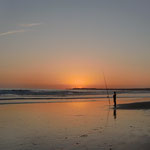 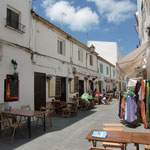 Its closeness to North Africa makes Andalusia notedly interesting for Europe – politically, historically and culturally. The sea gate between Tarifa and Tanger is only 14 kilometers wide. The enclaves Ceuta and Melilla at the african Coast, belong to Spain.

Many peoples have left their mark on Andalusia: Phoenicians, Catharginans, Romans, Vandals, Byzantines, Visigoths and particularly the North African "Moors"and the Umayyads, that captured Spain and Portugal in the 8th century, beginning in Andalusia and later the Almoravids and Almohads. 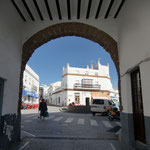 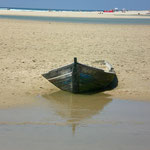 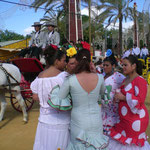 The peaceful cooperation of Christians, Jews and Moslems which lasted overthan 700 years (until the end of the 15th cetury) is legendary. Andalusia experienced a cultural zynith in which even women had unusual liberties (for 8th century norms). Therefore many local woman poets and musicians have come to be known and celebrated.

Until today Andalusia is a land of poetry, music and dance – abounding also humour.


The flamenco is called "the Blues of Europe". Also the architecture still shows impressions of moorish times. On one hand there are the palasts and mosques (now changed into churches) in Sevilla, Cordoba and Granada – and on the other hand white chalked-up houses and their flowered courtyards in the villages and small towns – just like in Conil.